Did you know the first encyclopedic museum in India was established in 1814 in Kolkata by Asiatic Society of Bengal?

Later on, it was renamed the Imperial Museum, and today it is known as the Indian Museum. Interestingly, more than 700 museums in India preserve invaluable historical relics that represent great significance.

1. Largest Silver Vessels in the City Palace of Jaipur 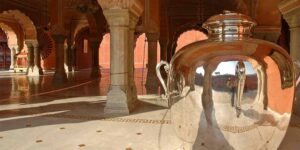 Jaipur’s City Palace is a popular tourist attraction and a great cultural site for those exploring the great heritage and history of Rajasthan. The Museum of Jaipur displays enormous silver vessels that managed to register their name in the Guinness Book of World Records for being the – largest single piece of silver.

Additionally, the museum hosts a pair of water jugs that weigh nearly 240 kg and were made by Gorind Narain for the Maharaja of Jaipur in 1902. They came in the height of 5 feet, 8 feet in circumference and a capacity of around 1,800 litres.

2. Veiled Rebecca at the Salar Jung Museum in Hyderabad 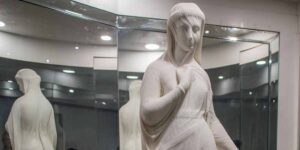 This museum displays the Veiled Rebecca’s original marble sculpture by G.B. Benzoni of Milan. This sculpture was completed in the year 1876 and is known to reflect light in a unique manner. This statue was acquired by Salar Jung-I during his visit to Rome in 1876. Interestingly, the covering and the sculpture have been carved out from a single rock.

3. Lord of Dance the Shiva Nataraja at the National Museum in Delhi 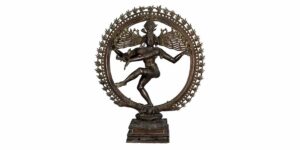 One of the most visually stunning manifestations of Shiva sits elegantly in Delhi’s National Museum. This magnificent bronze structure dates to the Medival era and originates from 12th century South India. It is around 3 feet in height and 2.7 feet wide and signifies the art, music, and panchkrityas of Lord Shiva.

4. The Dancing Girl from the Harappan Civilization at National Museum in Delhi 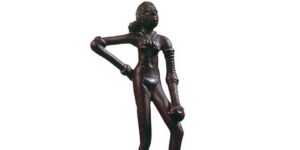 This particular bronze sculpture dates back to 2500 BCE. It is one of the most significant relics unearthed from the archaeological site of Mohenjo-Daro. While being only half-foot tall and wide this bronze figurine led to a very important discovery about the metallurgical and artistic skills of the early civilization. As per the archaeologists, the figurine was made with the lost wax method and offered a valuable insight into the style and ornaments that were predominant during that era.

Besides these, the coin collection in Kolkata’s Indian Museum is also quite rare and holds historical significance. For instance, this museum has a splendid collection of over 52,000 coins collected from all over India and ranging from the 4th century to date.

Indeed, the museums in India are also quite rich in terms of historical and cultural significance and continue to cherish the rich art, history, and customs of the country beautifully.