Lord Ganesh is touted as the remover of obstacles and revered for his intellect and wisdom. Ganesh Chaturthi marks the birth of Lord Ganapati, and the auspicious occasion is celebrated all over India with pomp and show. However, the 10-day festivities are most visible in Maharashtra, especially in Pune, where it began.

This year, Ganesh Chaturthi festivities began on the 31st of August as people gathered around to celebrate the auspicious occasion with renewed vigor after overcoming the restrictions in place in the last 2 years due to the pandemic.

On that note, let us check out the unique traditions of the Ganesh festival that are unmissable in Pune.

3 Unique traditions and history of Ganesh festival in Pune 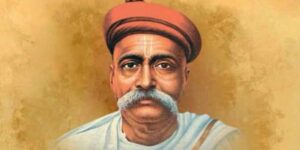 Bal Gangadhar Tilak is acknowledged as the revivor of the public celebration of the Ganesh festival. He did it to protest against the British colonial rule and the curfew imposed by them. The grand celebration began from the heart of Pune and blessed the city with a total of 5 manacher or Ganesha idols. 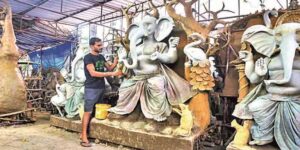 Weeks before the festivities, potters and artists gather up from around the country in different parts of the Konkan region to craft Lord Ganesha statues. Notably, most rituals are centered around selecting the perfect idol that goes to the devotees’ house and is worshipped during the auspicious days of the festival with fruits, laddoos, modaks, and offerings. On the 10th and last day of the festival, devotees immerse the Lord’s idol in water, drawing curtains on the festivities. 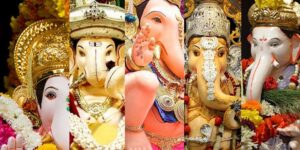 Pune is the center of the ‘Ashtavinayaka’ yatra, which translates to ‘8 Ganeshas’ from Sanskrit, drawing in the pilgrimage to the 8 temples in Maharashtra, most of which are built around water bodies.

Here’s a look at the 5 manaches situated in Pune that will be a delight for everyone who participates in the festival. 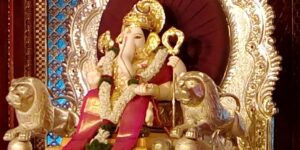 Considered the most important Ganapati manache, it’s nestled in Kasba Peth and was built by Shivaji Maharaj and Jijabai Bhosale in 1630. The Kasba Ganapati leads the procession of the immersion ritual on the 10th day, with other mandals following them. 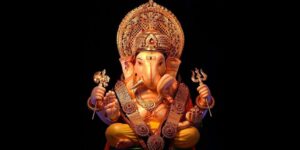 Tambdi Jogeshwari in Budhwar Peth is the second manache in the city and was installed by Tilak himself. Notably, the temple honors the city’s patron deity – goddess Durga and is built in Panchayatan style with 4 other temples surrounding it. Here the immersion of the Lord Ganesha idol is mirrored by its very resurrection in the next year. 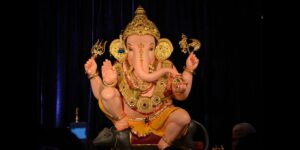 This temple on Laxmi Road dates back to 1887 when devotees of different religions installed the third idol of Ganapati. The likes of Ustaad Nalban and Bhiku Shinde are associated with this manacher. 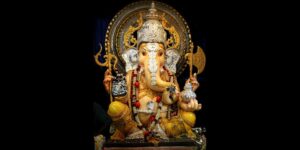 The fourth manache in the city was established in 1901. The Ganapati idol was built in 1975, and the temple mandal holds a 13 feet statue made of glass fiber and is adorned with ornaments weighing over 80kgs. 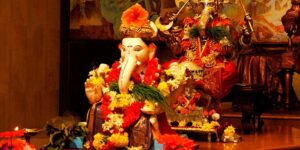 The Kesariwada Ganapati is the 5th manache Ganesha of the city. It was built by Bal Gangadhar Tilak in 1894 and is located in Narayan Peth.

Since this year’s festivities have just begun, make a plan and visit the city to experience its charm, richness, and beauty of tradition steeped in remarkable history in person.

If you enjoyed reading this blog, we also suggest you read 6 most culturally diverse things about India worth celebrating.