Did you know that a tiger’s skin will still display its stripes even if you shave away its fur?

Tigers, the largest members of the cat family, including domestic cats, leopards, jaguars, cheetah, and pumas, can weigh over 600 pounds and can be up to 10 feet long. The Royal animal is unique and has special characteristics that leave us spellbound.

That said, let us check out three bizarre facts about the tiger and learn more about this majestic being. 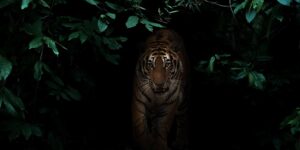 The human retina has a layer of dark pigmented cells that is adept at absorbing extra light. On the other hand, tigers and other nocturnal animals have a reflective tissue called tapetum lucidum behind their retina. This reflective tissue allows their eyes to catch the light, improving their night vision manifold.

2. A tiger can be identified by its stripes 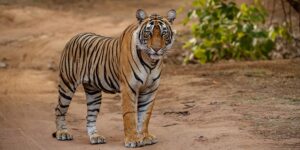 Similar to human fingerprints, each tiger has its unique pattern of stripes that helps researchers count and identify tigers running loose in the wild. Notably, tigers have 100 stripes that they use for camouflage, and their orange and dark stripes allow them to blend in with their immediate surroundings. It also comes in handy when hunting or hiding from prey in low-light conditions.

3. White tigers are rare, but they exist 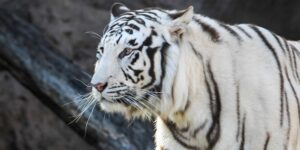 The rare white tigers belong to a group of Bengal tigers and their white fur results from a genetic mutation known as leucism. These tigers have blue eyes, compared to the yellow eyes of the orange tigers.

Unfortunately, you will not find a white tiger in the wild; only a few are in captivity. Also, the white tigers are often inbred as the white coat is a result of a recessive gene wherein both parents must carry the white colour gene, often leading to health problems.

Along with these, the tiger’s strong sense of smell gives it an upper hand when locating prey or other fellow tigers. Indeed, these facts make the tiger come off as a strong and unique being and adds to its majestic charm.

Sadly, tigers are now an endangered species. Three types of tigers, namely, Caspian, Java, and Bali, are already extinct, while the number of existing ones is staggering. As per current data, nearly 3,900 tigers run loose in the wild and live in only 4% of the land they once occupied. Illegal poaching, loss of habitat, and overhunting of prey are among the primary factors that threaten their existence. However, the government has made several attempts to conserve this majestic beast.